MAME 2003-Plus (also referred to as MAME 2003+ and mame2003-plus) is a libretro multi-arcade system emulator core which prioritizes 1) usability and frontend integration, 2) performance, and 3) compatibility across the range of libretro-supported platforms including mobile devices, single board computers, and consoles. MAME 2003-Plus is part of a long tradition in arcade emulation of producing platform-specific and performance-optimized MAME builds.

Why is it called Plus?

Unlike the other 'historic' libretro MAME cores which remain fixed at one MAME version, MAME 2003-Plus is actively maintained and has to date added support for hundreds of new games along with dozens of new features.

Contribute to this documentation¶

In order to propose improvements to this document, visit it's corresponding source page on github. Changes are proposed using "Pull Requests."

Some games require data from an internal hard drive, CD-ROM, laserdisk, or other media in order to be emulated -- those forms of media are packaged as CHD files. CHD files should be copied to subfolders within the folder where the romset zips have been installed: /libretro content dir/blitz/blitz.chd

What is a romset?

MAME 2003-Plus has the ability to generate an XML "DAT" file directly from the MAME menu.

DAT files describe the exact ROM contents that the emulator needs including filenames, file sizes, and checksums to verify contents are not incorrect or corrupt. mame2003-plus has the ability to generate an XML "DAT" file from the MAME Menu. You can also access the MAME menu by turning it on as a core option, selecting Generate XML DAT and then disabing the menu as a core option.

Step 2: Finding a source for ROMs¶

In order to build a complete MAME 2003-Plus collection, the ingredients are:

Refer to Validating, Rebuilding, and Filtering ROM Collections for details on how to configure ClrMamePro to use your sources as "rebuild" folders.

We recommend the Full Non-Merged format, where each romset zip files includes all the files needed to run each game, including any ROMs from 'parent' ROM sets and BIOS sets. To configure ClrMamePro to validate or rebuild a Full Non-Merged collection, use "Non-Merged" mode and disable "Separate BIOS Sets" from the "Advanced" menu in both ClrMamePro's Rebuild and Scanner menus.

ClrMamePro remains the most popular tool for rebuilding MAME romsets, at least for now. That said, ClrMamePro is focused on supporting more recent MAME versions so there are at least two things to know if you are using ClrMamePro to generate a MAME 2003-Plus set:

BIOS romsets are not needed when using "Full Non-Merged" arcade romsets. For "Split" and "Non-Merged" romsets, place the BIOS in the same directory as the game romset.

mame2003-plus emulates thousands of games, many of which have unique control layouts. These games are emulated on more than a thousand variations of arcade hardware. The purpose of the input system is to communicate input from the user's physical controls through the libretro frontend, the mame2003-plus emulator core, and into the emulated game itself.

No system of default input mappings can address the full range of emulated games and supported controls. Some degree of per-game customization should ways be expected. However, to the extent possible it is also within the purpose of the MAME 2003-Plus input system to attempt to provide predictable and meaningful defaults for input across this wide range.

mame_keyboard sets the core to process keyboard input directly through the legacy "MAME" keyboard interface. Use this input mode only if your input device is seen as a keyboard, including some arcade control panel hardware.

MAME 2003-Plus has support for multiple mice or touch devices in games that support trackballs, etc. MAME 2003-Plus also supports one or two spinners/dials via the "Share 2 player dial controls across one X/Y device" core option. By default, mice/trackballs and analog sticks (the left one, for controllers with 2) are supported in games that would have them, or equivalents. For example, Centipede supports the mouse/trackball, and Afterburner supports the stick.

Absolute pointer devices are supported, but need to be turned on via the corresponding core option.

Because MAME 2003-Plus does not yet implement the libretro lightgun API, the core currently supports lightguns only if they are configured to emulate a mouse.

2-player spinner and dial devices can be represented as 1 device with 2 axes. MAME 2003-Plus can be configured to share this device across both players: Player 1 = X axis, Player 2 = Y axis. This can be enabled via a setting in the retroarch-core-options.cfg file:
mame2003-plus-dialsharexy = "enabled"

4-way joysticks are an essential aspect of the gameplay for many iconic arcade titles including games like Donkey Kong, Pac-Man, and Q-Bert. Because modern joysticks generally use 8-way designs, it is usually impossible to play these games well without special hardware. MAME 2003-Plus includes a core option to simulate 4-way joysticks. When enabled, this logic analyzes input from 8-way digital joysticks in order to render its position as if the joystick had a 4-way design. This simulation is not the same as using a real 4-way joystick, but it can make a significant improvement to playability.

In the same way that content-aware core options only appear when they are relevant to the current game, MAME 2003-Plus has added support for content-aware control names. In other words, when remapping Street Fighter 2 controls, the libretro frontend can display the control names that were printed on the real arcade control panel like Jump, Strong Punch and Forward Kick instead of a generic labels like Up, Button 1, Button 2, etc.

Because support for control names is relatively new and is derived from the third-party controls.dat project, control names need to be verified by a human being before they are activated. As of end end of 2018, dozens of games have these active control names, but hundreds more need to be double-checked before being enabled. Coders, and users who are willing to learn basic github commands, are invited to join in this effort.

Some games require an additional zip file with recorded sounds or music in order for audio to work correctly. Audio 'sample' files should be placed in a samples subdirectory within /libretro system dir/mame2003-plus/.

Some games require backdrop artwork files in order to be fully emulated. Because RetroArch, the reference libretro frontend, does not yet incorporate support for so-called "backdrop" artwork, the MAME 2003-Plus github repository includes a folder of high-resolution backdrop artwork that is compatible with the core's built-in artwork display system. These artwork zip files should be placed within /libretro system dir/mame2003-plus/artwork. 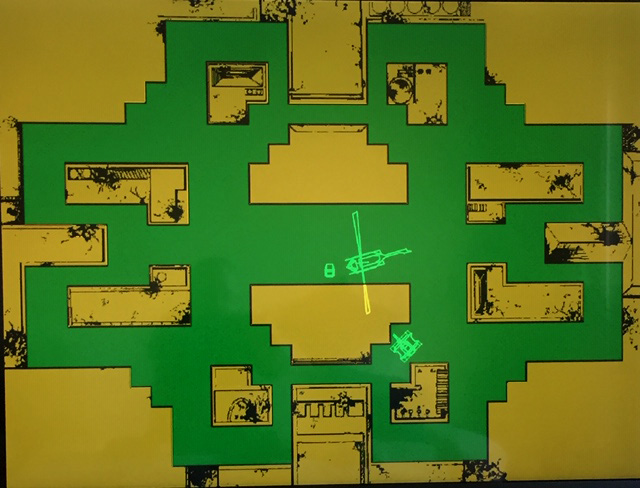 This core supports the RetroArch "Run Ahead" input latency reduction feature when Run Ahead is set to Second Instance, but as of the end of 2018 there are known issues preventing Run Ahead from functioning properly and a bounty fundraiser to fix them.

The simplest way to access the "MAME menu" is by enabling it in the core options. If your input mode is set to allow input to the mame_keyboard interface, you can also enter the menu by pressing the Tab key.

For games where dip switches are not available directly within the MAME menu, MAME 2003-Plus the core can often access a game's internal servic menus to set options by pressing F2 with a keyboard while mame_keyboard or simultaneous input mode is enabled.

MAME 2003-Plus supports the MAME cheat engine, allowing you to use the MAME menu to enable various in-game cheats. To activate these, there is a necessary supplementary file called cheat.dat. This file can be downloaded from the MAME 2003-Plus 'metadata' repository. Place cheat.dat in: libretro system dir/mame2003-plus/.

MAME 2003-Plus supports the use of the history.dat file, which displays background information about many games from within the MAME Menu. This file can be downloaded from the MAME 2003-Plus 'metadata' repository. Place history.dat in: libretro system dir/mame2003-plus/.

As of late 2018, MAME 2003-Plus incorporates preliminary support for the libretro LED lighting output system. Documentation is yet to be written on this topic.

Core-generated content is placed in sub-directories within /libretro savefile dir/mame2003-plus/:

Restart core indicates that the core must be restarted in order for changes to that option to take effect.

Because MAME 2003-Plus supports more than 4,000 games, there are a number of core options which only apply to a subset of its library. For example, there are several options to configure vector displays which have no effect for games with any other kind of display. MAME 2003-Plus only presents core options to the frontend that are relevant to the game that is currently loaded In other words, the vector options only appear when a vector game is currently loaded.