Content-aware shaders grab data from the core state itself, such as emulator RAM data. This is only implemented for SNES so far, but the idea is quite extendable and portable. The basic idea is that we capture RAM data in a certain way (semantic if you will) from the SNES, and pass it as a uniform to the shader. The shader can thus act on game state in interesting ways.

As a tool to show this feature, we’ll focus on replicating the simple tech demo shown on YouTube. What happens is that when Mario jumps in the water, the screen gets a "watery" effect applied to it, with a rain lookup texture, and a wavy effect. When he jumps out of the water, the water effect slowly fades away.

We obviously also need to know where in RAM we can find this information. Luckily, the folks over at SMW Central know the answer. We see:

The amount of possible "semantics" are practically endless. It might be worthwhile to attempt some possibility to run custom code that keeps track of the shader uniforms in more sophisticated ways later on. Do note that there is also a %s_mask value which will let you bitmask the RAM value to check for bit-flags more easily.

Now that we got that part down, let's work on the shader design. In the fragment shader we simply render both the full water effect, and the «normal» texture, and let a "blend" variable decide. We can say that 1.0 is full water effect, 0.0 is no effect. We can start working on our vertex shader. We will do something useful here for once.

All fine and dandy so far, now we just need to use this blend_factor in our
fragment shader somehow... Let’s move on to the fragment shader where we
blend.

How to test when developing for RetroArch¶

To develop these kinds of shaders, I’d recommend using RetroArch w/Cg support, and a debugging tool for your emulator of choice to peek at RAM values (build it for bSNES yourself with options=debugger). After written, the shader should translate nicely over to RetroArch with some slight changes to the config.

Here are some screenshots of the mario effect (in Super Mario World SNES) we developed. Obviously this is a very simple example showing what can be done. The imagination is the limit here.

Prior to Mario jumping in water¶ 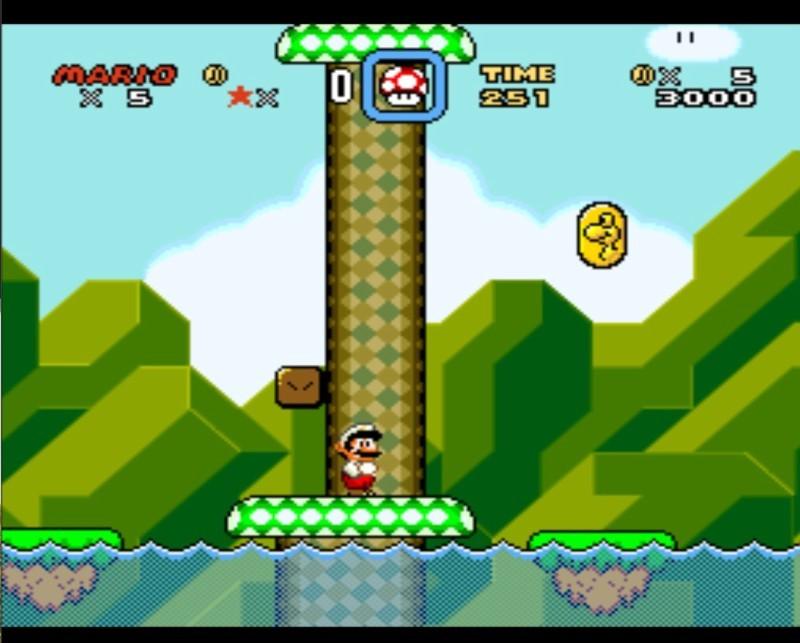 After Mario jumps in water¶ 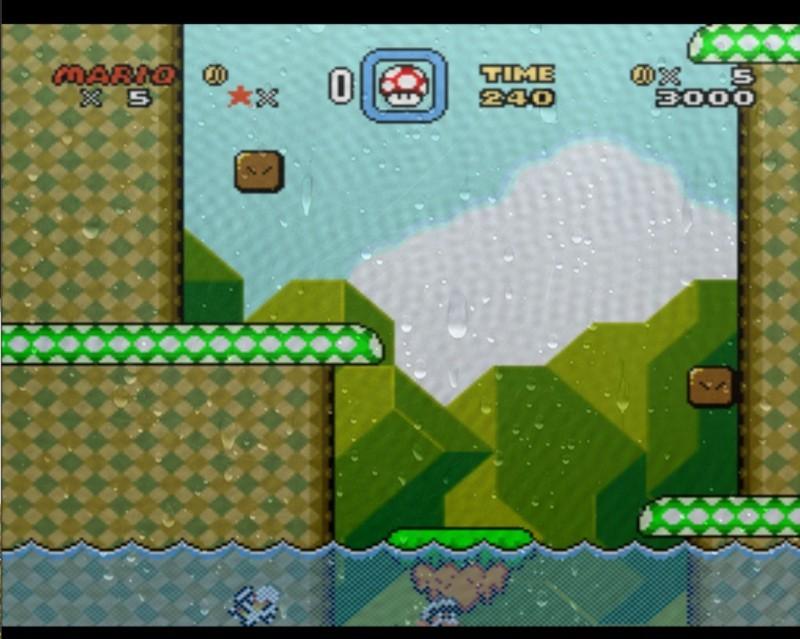