Mesen is a high-accuracy NES and Famicom emulator and NSF player for Windows and Linux.

The Mesen core has been authored by

Content that can be loaded by the Mesen core have the following file extensions:

RetroArch database(s) that are associated with the Mesen core:

Frontend-level settings or features that the Mesen core respects.

Make sure the custom palette file is named 'MesenPalette.pal'

Custom color palettes for the NES can be generated with either of these tools.

To use HD packs, first make sure to turn on the Enable HD Packs core option

Next, create a folder inside the HdPacks directory that has the same name as the content you're going to load.

Pay attention to the file path. 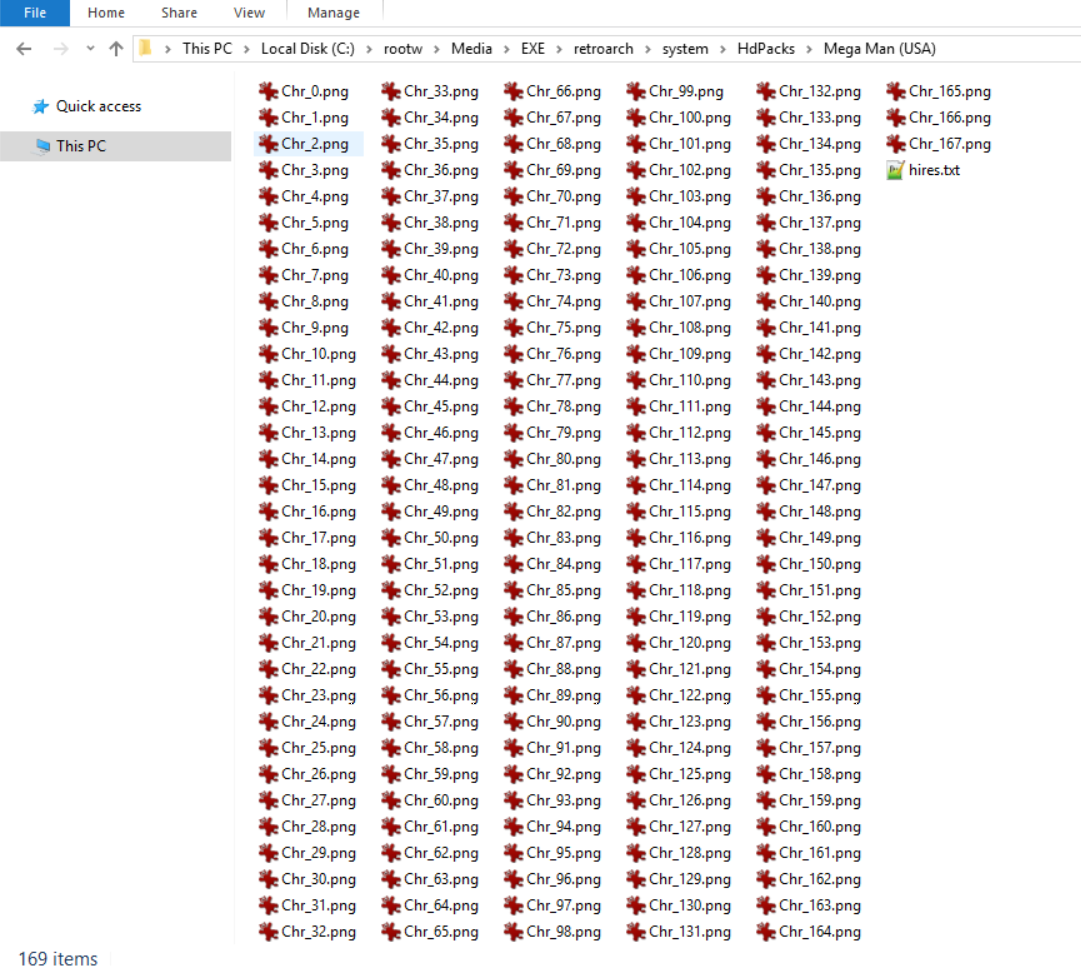 The Mesen core has the following option(s) that can be tweaked from the core options menu. The default setting is bolded.

These core option descriptions have been sourced from the official Mesen documentation. Please go there for more information.

Overclocking can cause issues in some games.

The Mesen core supports the following device type(s) in the controls menu, bolded device types are the default for the specified user(s):

Multitap support can be activated in the Mesen core by switching User 5's device type to Four Player Adapter.

The (FDS) Insert Next Disk and (FDS) Switch Disk Side inputs will NOT do anything while the 'FDS: Automatically insert disks' core option is enabled.