Getting started with arcade emulation¶

Arcade emulation requires a different planning approach than console emulation. Arcade emulator terminology can also differ from the terms used in other kinds of emulation.

The libretro core ecosystem includes a variety of arcade emulators, each with specific strengths and each requiring its own distinct version of arcade "romsets" which the emulator supports. Every arcade emulator core is optimized for different hardware and different games. This guide is intended to help you decide which core to use and find out what romset version is required for that emulator. 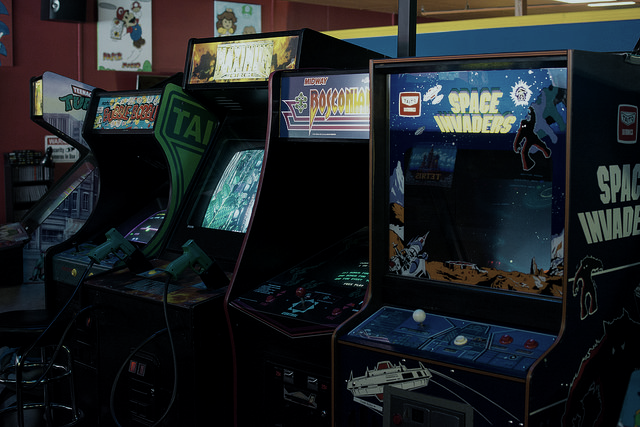 Step 1: Choose an arcade emulator to match your system¶

There are two families of multi-system arcade emulators available as libretro cores: FinalBurn and MAME. These emulators are in turn available in multiple versions to allow users to best match a core to their device. There are also a few console emulators that can alternatively emulate the arcade hardware based on that console. There is no "best arcade core", recommending one is hard without knowing your device and what you intend to play, each of them are a balance between multiple criterias.

The criterias for choosing an arcade core¶

Integration within the libretro ecosystem¶

A better integration allows for more features to be available from the frontend you are using, like netplay, runahead, rewind, retroachievements, ... but also reduces the risk of bugs. The quality of the integration is directly linked to the availability of a support team for the core.

Theoretically, more recent version of the emulators should always be more accurate, which means the graphics, sound and gameplay of the games are more likely to be faithful to the original cabinet. In reality, for vintaged MAME cores, with fixes being backported to some vintages and not some others, the situation is not so predictable.

Accuracy improvements can add or remove frames of input lag. It is believed that FinalBurn Neo and MAME (current) have the lowest input lag on average. Also note that FinalBurn Neo has virtually 0 frames of input lag since it has full support for the runahead feature. As of november 2022, runahead is also available in MAME (current), but its quality is disparate since it's not officially supported upstream.

Part of the reason older emulators are more likely to be less accurate is that they are using a lot of bad dumps. What we refer as a dump is the digital representation of a chip, a romset is a collection of those dumps, 1 dump for each chip. Sometimes the attempts at digitalizing some of those chips failed, and instead of having the game totally unplayable because the romset was only 90% complete, it was decided to implement workarounds in the emulator's code to make the game somehow playable, those workarounds are known for going as far as changing gameplay by causing different enemy patterns from the real game. Every time one of those chips finally gets a proper dump, which can happen decades later, ongoing arcade emulators will update their code by removing the workarounds and loading the correct dump. Some of those boards are rare and pricy, dumping the chips is a complex process which can be harmful, meaning while it can be annoying for the end user to update their romsets, those new romsets aren't made for fun.

Being more accurate usually means the emulation will be more taxing on your cpu, so older versions of emulators will usually perform better and are worth trying if you have performance issues with more recent versions. Accuracy is not the only reason for performance regression though, the emulator framework has an impact too, this is especially noticeable on MAME which had its framework constantly updated over the years.

What we refer as "arcade emulation" is the emulation of thousands of different machines. Arcade emulators keep adding support for new machines over the years, so the more recent versions support more games. This is a double-edged sword as far as performance is concerned, because it can require updates to an already emulated component, to add a previously unemulated/unnecessary feature of the component, which might impact its emulation performance even for the machines that don't need this feature.

MAME's goal is to emulate every existing machines, including machines unrelated to gaming (it can emulate printers, vending machines, ...), the most accurately possible, while documenting them thoroughly. FinalBurn's goal is mainly to offer a comfortable experience for the end-user as a gaming software, and will include optional features that didn't exist on original cabinet (alternate controls for a better experience with modern controllers, alternate high-quality music, ...). MAME 2003-Plus has pretty much the same goal as FinalBurn, with both emulators actually sharing a few contributors.

Last but not least, most of the arcade cores have no real maintainer and are mostly there as a frozen-in-time alternative if the cores that have a support team can't play properly the game you want. FinalBurn Neo and MAME 2003-Plus have a support team (please note that MAME 2003-Plus is a hard fork which isn't written by the MAME team). MAME (current) gets regular bumps but doesn't have a regular maintainer to take care of known issues. We don't recommend you try getting help from the MAME team for any of the MAME cores we provide, because you won't get any.

Quick tour of every available core¶

The reasons behind those rules

FinalBurn and MAME emulate thousands of different machines (because Pac-Man doesn't use the same hardware as Donkey Kong), so they need a mean to identify which machine run a given romset, it was decided to use the archive's filename for this purpose. Each file within a romset is the dump of a chip (program data, sound data, graphics data, ...) from the original game's PCB, the emulator needs to identify each dump's role, it was decided to use their signature (crc) for this purpose (filenames can sometimes be used as a fallback to load bad/hacked dump). To summarize, when you launch a romset with one of those emulators, it first matches the archive's filename with its internal database, then load all the dumps it requires, failing at one of those 2 steps will prevent the game from running.

When using romsets for the latest version of MAME or FBNeo, you should first make sure your version of those cores aren't outdated.

In general, you will get better results with a full collection of romsets for your chosen emulator. Starting with individual arcade romsets is less likely to work because you generally won't know which emulator they target, or if they contain every required files to run the game (bios, parent).

Clrmamepro is a tool to help validating your romsets against a given emulator.

This tutorial is based on RetroPie's

Step 1 - Back up your ROMs¶

It is possible with ClrMamePro to change one or two options and when it runs it will delete all your existing ROMs. OK, not really - using the default options it will make backups of any files it removes, but it is still possible to mess up their ROMs beyond repair when getting started with ClrMamePro.

At this point, you could scan the ROMs folder you just selected, but we just created this folder and it is empty. Instead, we will rebuild into this folder.

Time to find out how well your source ROMs matched up...

In addition to having a version number, arcade ROMs can be formatted four ways:

The arcade cabinets image is based on an image by Rob DiCaterino, licensed for reuse under a Creative Commons (CC BY 2.0) License. Original image and license: https://www.flickr.com/photos/goodrob13/17385639015/