Ludo is an Emulator Frontend able to run retro video games. Ludo does not emulate the consoles itself, but does it through emulator plugins called libretro cores. Libretro cores are well known emulators (like Snes9x or Genesis Plus GX or PCSX) stripped from their user interface. They contain only console specific logic.

Please note that due to early development phase, Ludo may not work on your OS as expected. In most scenarios, Ludo works as intended.

Ludo is a minimalist frontend for emulators. Ludo is part of LibRetro. Separating the frontend from the emulation logic has the following advantages:

From the gamer perspective, Ludo is a universal retro game browser and player. It offers a gaming experience optimized for TV and gamepads, but can also be used on a traditional PC with a keyboard.

Currently, Ludo can run on the following platforms:

There is also an Operating System version of Ludo called LudOS. It looks and behaves exactly the same, but can be burnt to a USB drive or an SD card to recreate a video games console experience. You can setup LudOS on a dedicated TV box to enjoy gaming from your couch. You can also boot it off USB on any laptop in a perfectly portable way. 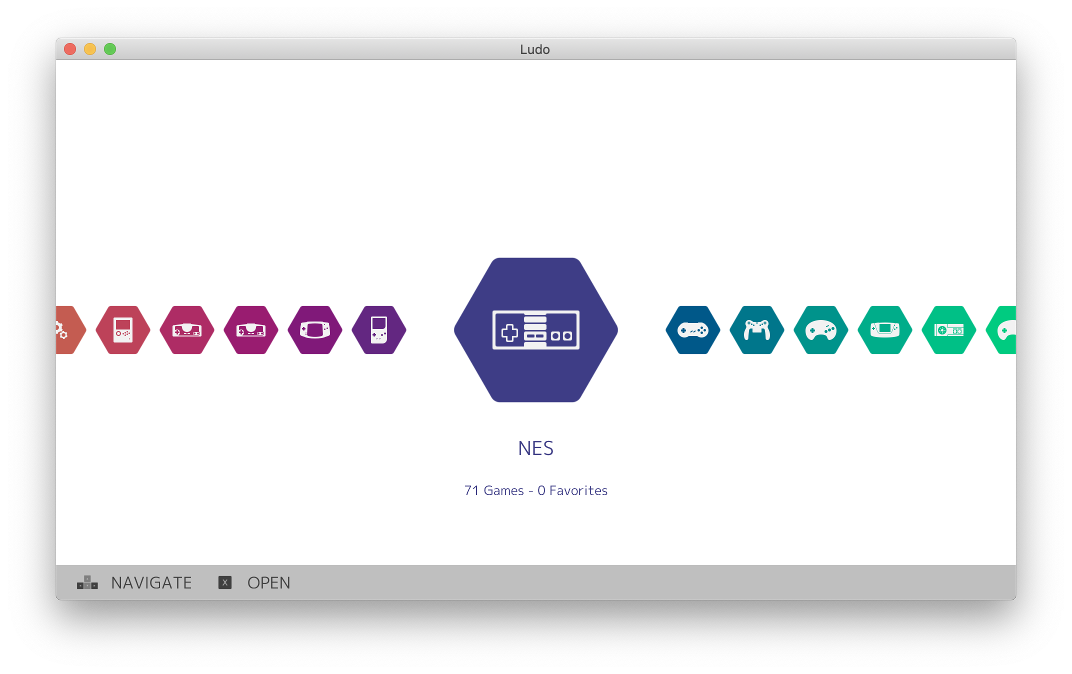 Scan your games and browse your collection categorized by system with playlists showing in-game screenshots. 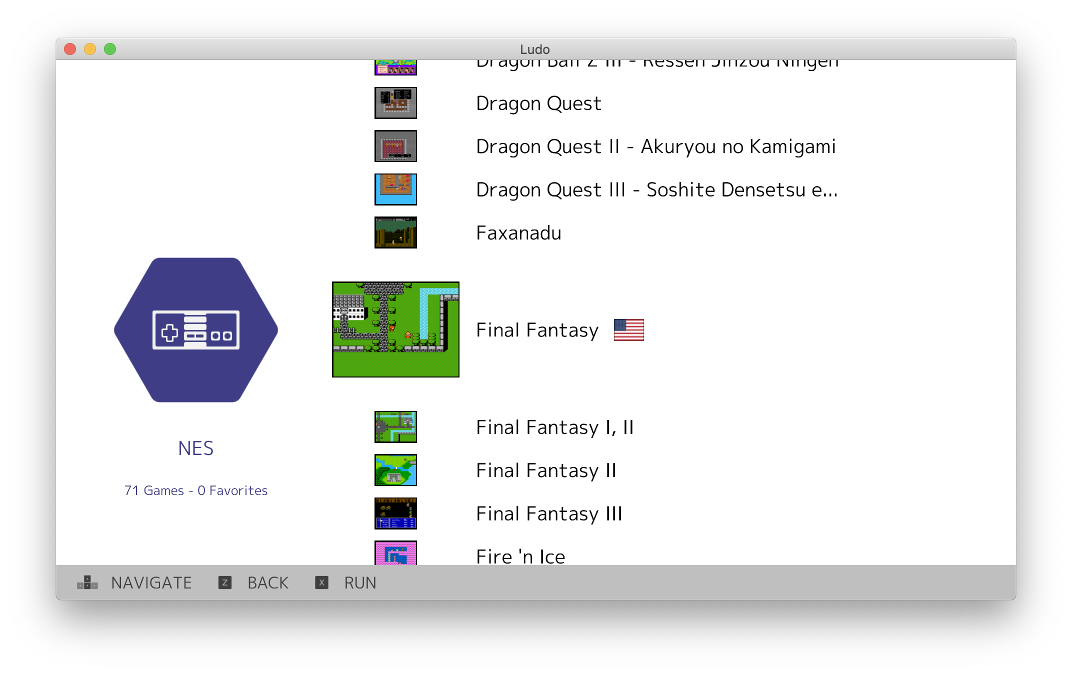 A contextual menu gives you access to actions and quick save / quick load anytime. 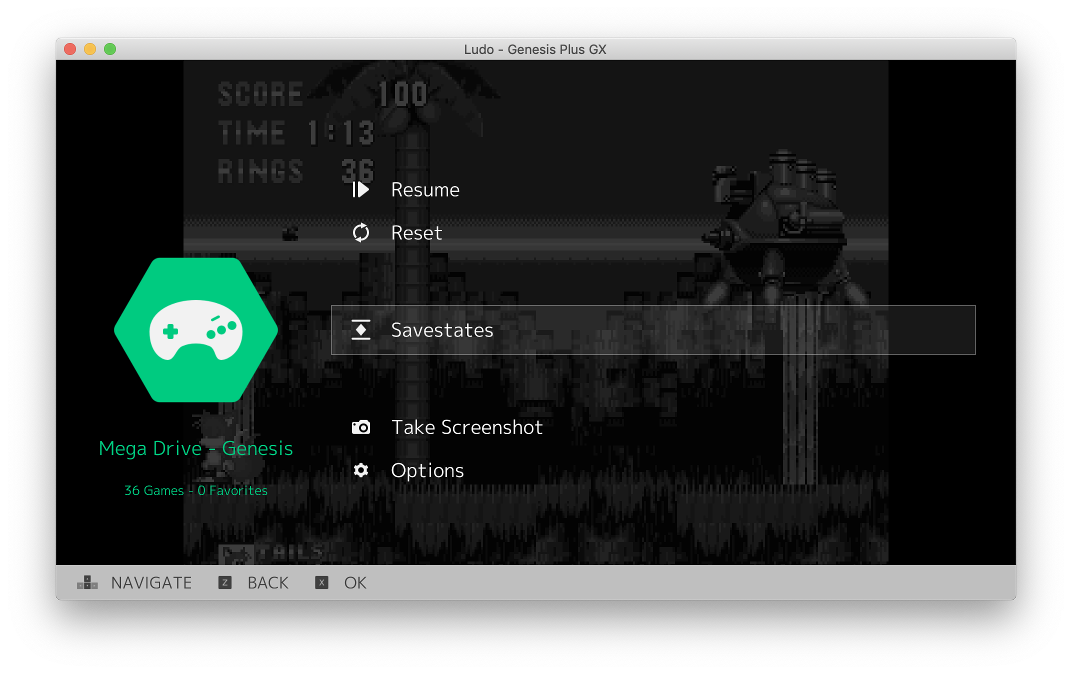 We chose the best emulators for the job, configured with sane defaults guaranteeing a balance of speed and accuracy. 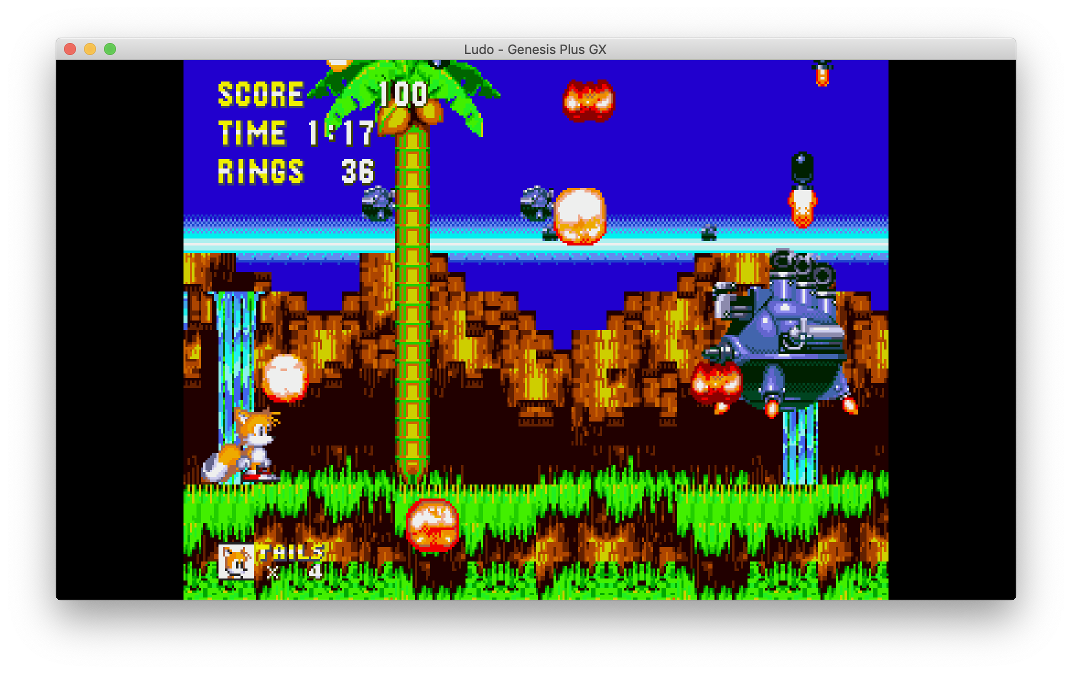 Ludo as an Operating System¶

Ludo also exists in the form of an Operating System called LudOS.
It behaves and looks exactly the same and can be installed directly on a TV Box to recreate a game console experience.

You may have a lot of questions or ideas about Ludo, some of which we tried to answer below. Apart from that, you can also ask your questions via Discord.

How is Ludo different from RetroArch?¶

Ludo will stay smaller than RetroArch by only implementing the core features and by targeting less platforms.
By not adding advanced functionalities we aim to deliver a stable frontend for beginner users on Windows, Mac OSX and Linux.
Some design choices are different, for example we support less cores, and choose cores for the user. The cores are packaged in the frontend so no additional step is required to launch a game.

How is Ludo similar to RetroArch?¶

As RetroArch, Ludo is a libretro frontend, so the way of communicating with the emulators is the same.
Same cores, similar UI patterns, gamepad driven UI, same game thumbnails, mostly the same game database, same terminology. I think we can also say same developers, as I am an important contributor of the libretro team, and all the people who provided me with help are also member of the libretro community.
It definitely shares the same values.

Why not implementing Ludo as a menu driver in RetroArch?¶

To keep a software stable on a number of different platforms, it is important to keep a small codebase with a good test coverage. It is also important to not introduce changes at a high rate.
RetroArch is an extremely active project and has a growing codebase that makes it harder to reach stability.
Also, RetroArch is a very powerful and sophisticated frontend, and one of the common criticism is that it exposes too many configuration options for the average retro gamer.
Implementing Ludo as a menu driver of RetroArch would solve none of these issues.

Does Ludo offer a better scanning method compared to RetroArch?¶

No, the scanner logic is basically the same and Ludo supports even less ROM formats.
CDs are scanned based on file name instead of serial number.
Ludo's scanner faster for this reason and because it leverages goroutines.

Can you add feature X to Ludo?¶

The answer is likely to be no, as we're trying to keep the code small, only bugfixes are really welcome.
We encourage you to fork Ludo and add the feature yourself. It should be fairly easy given the scope of the project.
If you are able to author a very useful improvement with a minimum of changes we might merge your change.

Ludo can run games from these consoles:

Ludo is still under heavy development. In its current state, the project allows you to play most games on most platforms. More information can be found in the Ludo documents.