Cg has been discontinued for years and is closed source. Developers cannot use Cg for newer APIs such as Vulkan, D3D12, and Metal. Cg cross-compilation to GLSL is unmaintainable. We cannot do the Cg transform in runtime on mobile due to lack of open source Cg runtime.

Unless you are developing shaders for a platform that cannot support the newer Slang standard, please consider developing a Slang shader instead.

If you were to process an image on a CPU, you would most likely do something like this:

We quickly realize that this is highly serial and slow. We see that out_pixel[y][x] isn’t dependent on out_pixel[y + k][x + k], so we see that we can parallelize quite a bit.

Essentially, we only need to implement process_pixel() as a single function, which is called thousands, even millions of time every frame. The only purpose in life for process_pixel() is to process an input, and produce an output. No
state is needed, thus, a “pure” function in computer science terms.

For the Cg program, we need to implement two different functions. main_vertex() takes care of transforming every incoming vertex from camera space down to clip space. This essentially means projection of 3D (coordinates on GPU) down to 2D (your screen). Since we’re dealing with old school emulators here, which are already 2D, the vertex shading is very trivial.

Vertex shaders get various coordinates as input, and uniforms. Every vertex emitted by the emulator is run through main_vertex which calculates the final output position. For our emulators this is just 4 times, since we’re rendering a quad on the screen. 3D games would obviously have a lot more vertices.

While coordinates differ for each invocation, uniforms are constant through-out every call. Think of it as a global variable that you’re not allowed to change. Vertex shading can almost be ignored altogether, but since the vertex shader is run only 4 times, and the fragment shader is run millions of times per frame, it is a good idea to precalculate values in vertex shader that can later be used in fragment shader. There are some limitations to this which will be mentioned
later.

main_fragment() takes care of calculating a pixel color for every single out-put pixel on the screen. If you’re playing at 1080p, the fragment shader will have to be run 1920 * 1080 times! This is obviously straining on the GPU unless the shader is written efficiently. Obviously, main_fragment is where the real action happens. For many shaders we can stick with a “dummy” vertex shader which does some very simple stuff.

The fragment shader receives a handle to a texture (the game frame itself), and the texture coordinate for the current pixel, and a bunch of uniforms.
A fragment shader’s final output is a color, simple as that. Processing ends
here.

We’ll start off with the basic vertex shader. No fancy things are being done. You’ll see a similar vertex shader in most of the Cg programs out there in the wild.

This looks vaguely familiar to C, and it is. Cg stands for “C for graphics” after all. We notice some things are happening, notable some new types.

float4 is a vector type. It contains 4 elements. It could be colors, positions, whatever. It's used for vector processing which the GPUs are extremely efficient at.

We see various semantics. The POSITION semantic means that the variable is tied to vertex coordinates. We see that we have an input POSITION, and an output (out) POSITION. We thus transform the input to the output with a matrix multiply with the current model-view projection. Since this matrix is the same for every vertex, it is a uniform. Remember that the variable names DO matter. modelViewProj has to be called exactly that, as the emulator will pass the MVP to this uniform. It is in the specification.

Since we have semantics for the POSITION, etc, we can call them whatever we want, as the Cg environment figures out what the variables mean.

The COLOR semantic isn’t very interesting for us, but the example code in nVidias Cg documentation includes it, so we just follow along. TEXCOORD is the texture coordinate we get from the emulator, and generally we just pass it to the fragment shader directly. The coordinate will then be linearly interpolated across the fragments.

More complex shaders can output (almost) as many variables they want, that will be linearily interpolated for free
to the fragment shader. We also need a fragment shader to go along with the vertex shader, and here's a basic shader that only outputs the pixel as-is. This is pretty much the result you’d get if you didn’t run any shader (fixed-function) at all.

This is arguably simpler than the vertex shader. Important to notice are:

Practically every fragment does more than one texture lookup. For example, classic pixel shaders look at the neighbor pixels as well to determine the output. But where is the neighbor pixel? We’ll revise the fragment shader and try to make a really blurry shader to demonstrate. We now need to pull up some uniforms. We need to know how to modify our tex coordinates so that it points to a neighbor pixel.

Here we use IN.texture_size to determine the the size of the texture. Since GL maps the whole texture to the interval [0.0, 1.0], 1.0 / IN.texture_size means we get the offset for a single pixel, simple enough. Almost every shader uses this. We can calculate these offsets in vertex shader to improve performance since the coordinates are linearily interpolated anyways, but that is for another time.

The final runnable product is a single .cg file with the main_vertex and main_fragment functions added together. Not very complicated. For the icing on the cake, you should add a license header.

As you can see, it’s not a practical shader, but it shows the blurring effect to the extreme. 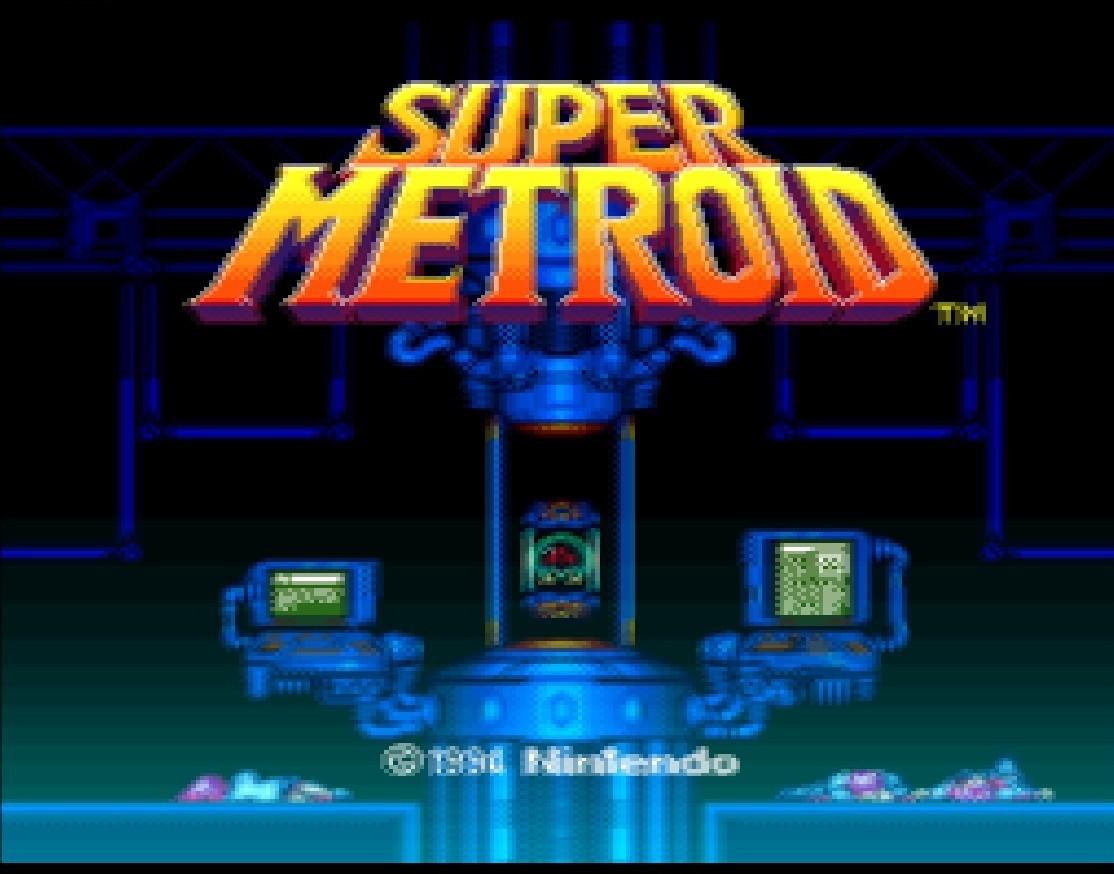 This spec is for the Cg shading language developed by nVidia. It wraps around OpenGL to make shaders written in Cg quite portable. Shaders written in Cg can also be used with Direct3D and PlayStation3. Cg shaders are also compatible with basic HLSL if some considerations are taken into account. They can even be automatically compiled into GLSL shaders, which makes Cg shaders a true “write once, run everywhere” shader format.

We encourage new shaders targeting Libretro frontends to be written in this format. RetroArch supports both single-pass Cg shaders as well as multi-pass shaders and uses a custom Cg preset format (.cgp).

All shaders work on texture unit 0 (the default). 2D textures must be used. Power-of-two sized textures are recommended for optimal visual quality. The shaders must deal with the actual picture data not filling out the entire texture. Incoming texture coordinates and uniforms provide this information.

Every texture bound for a shader must have black border mode set. Sampling a texel outside the given texture coordinates must always return a pixel with RGBA values (0, 0, 0, 0).

Some parameters will need to be passed to all shaders, both vertex and fragment program. A generic entry point for fragment shader will look like:

The input is a struct:

Most of these shaders are intended to be used with a non-filtered input. Nearest-neighbor filtering on the textures themselves are preferred. Some shaders, like scanline will most likely prefer bilinear texture filtering.

The .cg files themselves contain no metadata necessary to perform advanced filtering. They also cannot process an effect in multiple passes, which is necessary for some effects. The CgFX format does exist, but it would need current shaders to be rewritten to a HLSL-esque format. It also suffers a problem mentioned below.

Rather than putting everything into one file (XML shader format), this format is config file based. This greatly helps testing shader combinations as there is no need to rearrange code in one big file. Another plus with this approach is that a large library of .cg files can be used to combine many shaders without needing to redundantly copy code over. It also helps testing as it is possible to unit-test every pass separately completely seamless.

The meta-shader format is based around the idea of a config file with the format: key = value. Values with spaces need to be wrapped in quotes: key = "value stuff".

No .ini sections or similar are allowed. Meta-shaders may include comments, prefixed by the "#" character, both on their own in an otherwise empty line or at the end of a key = value pair.

The meta-format has four purposes:

This param defines how many .cg shaders will be loaded. This value must be at least one. The path to these shaders will be found as a string in parameters shader0, shader1, ... shaderN, and so on. The path is relative to the directory the meta-shader was loaded from.

This parameter defines how the texture of the result of pass N will be filtered. N = 0 (pass 0) is the raw input frame, N = 1 is result of the first pass, etc. (A boolean value here might be true/false/1/0). Should this value not be defined, the filtering option is implementation-defined.

This parameters defines if shader N should render to a 32-bit floating point buffer. This only takes effect if shaderN is actually rendered to an FBO. This is useful for shaders which have to store FBO values outside [0, 1] range.

If no scale type is assumed, it is assumed that it is set to source with scaleN set to 1.0.

It is possible to set scale_type_xN and scale_type_yN to specialize the scaling type in either direction. scale_typeN however overrides both of these.

These values control the scaling params from scale_typeN. The values may be either floating or int depending on the type. scaleN controls both scaling type in horizontal and vertical directions.

Should scale_type_xN and scale_type_yN be set to different values, the use of scaleN is undefined (i.e. if X-type is absolute (takes int), and Y-type is source (takes float).)

The path of the textures can be found in the IDs, i.e. foo = image0.tga and bar = image1.tga. The paths of these textures are relative to the directory the meta-shader was loaded from.

It is also possible to control the filtering options of the lookup texture as a boolean option in ID_linear = true/false. For example foo_linear = false will force nearest neighbor filtering for texture foo.

If ID_linear is not set, it is assumed to be linearly filtered.

You cannot assume which texture unit the lookup textures will be bound to!

The implementation only guarantees to be able to load plain top-left non-RLE .tga files. It may provide possibilities to load .png and other popular formats.

It is sometimes feasible to process an effect in several steps.

During multi-pass rendering, some additional uniforms are available.

With multi-pass rendering, it is possible to utilize the resulting output for every pass that came before it, including the unfiltered input. This allows for an additive approach to shading rather than serial style.

The unfiltered input can be found in the ORIG struct: